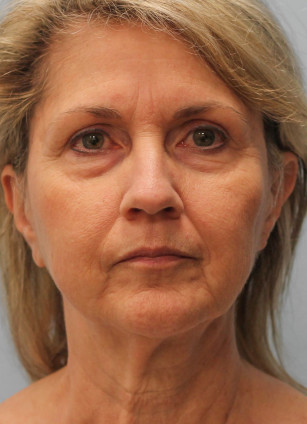 This woman in her early sixties was seeking facial rejuvenation and brought her concerns to Dr. Tucker.  She wanted to address the lines around her mouth, jowls, and the sagging skin of her neck.  The two determined she would be a good candidate for a facelift with laser resurfacing.  She has healed very well and […] This woman in her early seventies wished to improve the appearance of her neck, chin, nose, and face. She had various cosmetic facial surgeries performed by other providers years prior and discussed these with Dr. Howell. After consultation, she chose to have a browlift, facelift, and laser resurfacing and address her nasal concerns in the […] This man in his mid-seventies had been considering a facelift for several years and had specific concerns about his wrinkles and the skin around his neck. He met with Dr.Tucker who reassured him and he chose to proceed. He looks great and is featured before and four months after surgery. 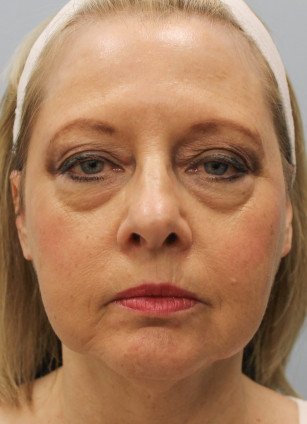 This woman in her late 60’s wished to improve the excess loose tissue in her neck area with an emphasis on a natural appearance. She and Dr. Howell decided a facelift with submental liposuction would be her best option. She is extremely happy with her results and feels her scars are well hidden. She is […] This patient in her late 60’s appeared her age but desired a more youthful profile and chin definition with less jowling and filling of her nasolabial folds.  As seen three months postop, the facelift with fat injections and laser gave her the more youthful appearance she was seeking. This patient in her 50s desired facial rejuvenation with improvement of the aging face as well as her upper eyelids. She elected to proceed with a facelift and upper blepharoplasty. She is shown before her surgery and almost 2 years afterwards. This gave her a nice refreshed, rejuvenated, natural appearance, with well-hidden and well-healed fine-line […] This woman in her mid-fifties previously had Botox and fillers but desired facial rejuvenation that would also target loose skin and pre-existing scars.  She discussed her interests with Dr. Tucker who performed her facelift and has been very pleased with her results.  She is shown before and nine months afterwards.