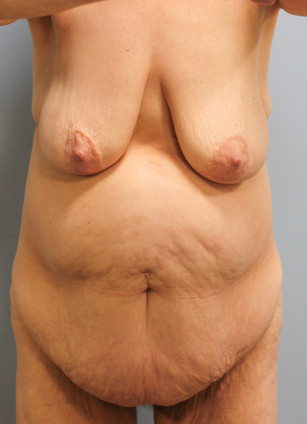 This woman in her early sixties had major weight loss following her gastric bypass surgery and was left with loose skin around her abdomen and arms. She brought her concerns to Dr.Tucker and together they decided an abdominoplasty, liposuction to the hips and flanks, and a brachioplasty would best address all areas of desired improvement. […] This patient, in her 40’s, desired improvement of the excess skin and fullness of her upper arms. She had good skin elasticity and was a good candidate for a minimally invasive treatment. She elected to proceed with SmartLipo to her upper arms. She is shown before and 3 months after her procedure, which was performed […] This woman in her early forties had a previous gastric surgery and was interested in improving the appearance of her arms, abdomen, and breasts. She discussed her areas of concern with Dr. Howell and together they decided on brachioplasty (arm lift), abdominoplasty and liposuction of the flanks. She had various concerns about the healing process […] She desired improvement of the loose skin and fatty tissue of her arms. She is shown before and after a brachioplasty (arm lift).